Harrison Chase Jacobs
Hometown, StateOvid, New York
Branch of ServiceAir Force
ConflictKorean War 1950-1953
RankFirst Lieutenant
Unit25th Fighter-Interceptor Squadron, 51st Fighter-Interceptor Group
StatusPrisoner of War
First Lieutenant Jacobs was the pilot of a F-80C Shooting Star fighter interceptor. On December 27, 1950, while on a combat mission and making a rocket pass, his aircraft was hit by two attacking MiGs 20 miles south of Kwaksan, Korea. He headed out to sea to bail out, but was taken Prisoner of War. He was presumed dead on December 31, 1953. His remains were not recovered. His name is inscribed on the Courts of the Missing at the Honolulu Memorial. Information provided by The American Battle Monuments Commission. 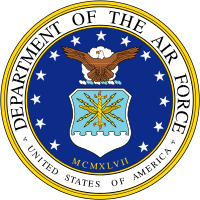