Julius Caesar Nacci
Hometown, StateNorwalk, Connecticut
Branch of ServiceMarines
ConflictKorean War 1950-1953
RankCorporal
Unit1st Battalion, 1st Marine Regiment, 1st Marine Division
StatusKilled in Action
Corporal Nacci's platoon was overrun very quickly by a large force of North Koreans who had silently worked their way right onto the Marine lines before anyone knew they were even in the immediate vicinity. It had been a long hard day for Julius and his platoon and they bedded down early because of being so tired. The North Korean attack came so quickly that ten Marines, including Julius, were killed while still in their sleeping bags. Casualty Card describes wounds as "bayonet wound right upper chest." This narrative was submitted with the enrollment form. 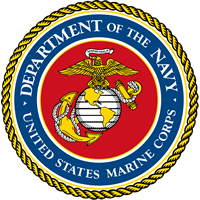